April 18th will also be a test for the organization team.

As part of a press conference for the “39. European Championship “right on the future race track
will reveal more about what visitors can look forward to in July:

The current corona distance and hygiene regulations are respected or must be complied with! The press conference takes place outdoors – please note when choosing clothing! 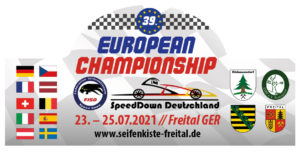